Washington (CNN)The top commander of U.S. forces in Afghanistan said Tuesday that he needs to adjust troop level recommendations to respond to the growing strength of ISIS and al Qaeda.

Gen. John Campbell told the Senate Armed Services committee he has presented options for revising President Barack Obama’s plan for slashing the U.S. troop presence after 2016 from its current level of about 9,800 to an embassy-based security force of 1,000. 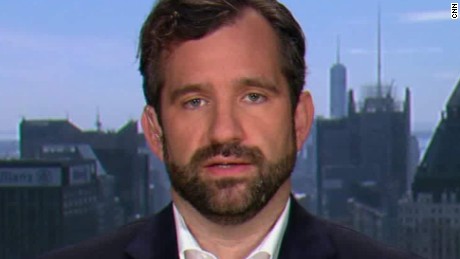 “Based on conditions on the ground, I do believe we have to provide our senior leadership [with] options different than the current plan we are going with,” Campbell said.

He did not provide details about the troops levels he was recommending.

Campbell said the reasons for revamping the existing plan include the strengthening of ISIS, “an increased al Qaeda presence,” and the “upsurge” in insurgent violence in some areas of Afghanistan.

“As a result, I’ve put forward recommendations to adjust this new environment while addressing our core missions: train, advise and assist the Afghan security forces and conduct counter-terrorism operations to protect the homeland,” Campbell told the committee.

Sen. John McCain expressed frustration with the Obama administration for not yet providing details as to how it planned to proceed with troops in Afghanistan.

“I just don’t understand why this administration doesn’t understand if we do what is presently planned to begin in three months from now, we’ll see the Iraq movie again. There’s no doubt in anybody’s mind about that,” he said. “It seems to me that would lend some urgency to action which would reverse what is clearly a deteriorating trend.”

Campbell also said the U.S. has seen reports that Iran has provided money and weapons to the Taliban to fight against ISIS.

ISIS – or Daesh in Arabic, as Campbell referred to the group during his testimony — remains one of the general’s top priorities, he told the Senate committee.

“In the last year, we have observed the movement’s increased recruiting efforts and growing operational capacity,” he said, adding that there were currnetly 1,000 to 3,000 ISIS members active in Afghanistan.

Many disaffected Taliban have rebranded themselves as Daesh, Campbell said.

“This rebranding is most likely an attempt to attract media attention, solicit greater resources, and further increase recruitment,” he said.

RELATED: Obama can’t stay in Afghanistan, but he can’t leave

At the start of his testimony, Campbell also said discussed the hospital that had been struck by mistake over the weekend, resulting in the deaths of doctors and patients, and he offered assurances that “extraordinary efforts” were being made to protect Afghan civilians.

The general confirmed that it was a “U.S. decision” to provide air fire following a request for support from Afghan forces near the Doctors Without Borders medical facility.

“This was a U.S. decision made within the U.S. chain of command,” he said, adding that “extraordinary efforts” were being undertaken to protect civilian loss of life.

“Doctors Without Borders does important work all around the world, and the Department of Defense deeply regrets the loss of innocent lives that resulted from this tragic event,” Carter said. “The investigation into how this could have happened is continuing, and we are fully supporting NATO and Afghanistan’s concurrent investigations. We will complete our investigation as soon as possible and provide the facts as they become available.”

The statement continued, “The U.S. military takes the greatest care in our operations to prevent the loss of innocent life, and when we make mistakes, we own up to them. That’s exactly what we’re doing right now. Through a full and transparent investigation, we will do everything we can to understand this tragic incident, learn from it, and hold people accountable as necessary.”

NATO previously said that U.S. forces conducted an airstrike in Kunduz city on Saturday against insurgents who were directly firing on U.S. servicemembers advising and assisting Afghan forces. But Campbell said in his testimony that it was the Afghan forces that were under direct fire from Taliban fighters.

He said an investigation into the bombing was underway and would be completed in a month, and added that he had ordered new training to prevent similar incidents in the future.

“I must allow an investigation to take its course,” he said. “I am sure that the investigations will be thorough, objective and transparent.”

The Taliban went into Kunduz with the goal of harming civilians, Campbell said. The United Nations estimates that 70% of civilian deaths have been at the hands of the Taliban, Campbell said.

Opinion: How Afghanistan can succeed

Campbell said that while police were in Kunduz and the Afghan army was outside of the city, law enforcement was not prepared for the Taliban’s most recent attack.

“The Afghans, and quite frankly coalitions, were surprised when the Taliban were able to take over Kunduz City,” Campbell said.

Saturday’s bombardment of the Doctors Without Borders hospital sparked international outrage, killing 12 medical staff and at least 10 patients, three of them children, the group said. Another 37 people were wounded.