We’ve been here for you for the last six months, starting back in September when “12 Years a Slave” and “Gravity” pulled to the front of the pack after wowing at the Telluride and Toronto film festivals. And here we are … yes, same as it ever was, with the Oscars coming around the bend on Sunday.

So, one last time, the envelopes, please. Here are our final picks, including two new (and hopefully improved) picks in the editing and live-action short categories that will seal the deal for you if you’re playing at home.

And the winner is: “12 Years a Slave.” With so many choices, it feels like a year when picture and director will split. Some pundits see “Gravity” winning as the result of the academy’s preferential voting system, which rewards movies that win a broad consensus. But “12 Years” should pick up plenty of first-place votes and appear high on a lot of ballots. Admittedly, it’s a gut pick. But we’re sticking with it.

And the winner is: Cuarón. Well-liked and respected, Cuarón took Directors Guild of America honors for his landmark effort. He should repeat with the academy.

MORE: Fill out your Oscars ballot | See others’ Oscar 2014 picks

And the winner is: Blanchett. After winning every prize leading up to the Oscars, the academy won’t shun her for headlines involving Woody Allen.

And the winner is: Leto. He and McConaughey will become the fifth pair of male actors from the same film to win lead and supporting Oscars.

And the winner is: Nyong’o. She’s deserving, and many will feel it’s a bit soon to reward Lawrence again.

And the winner is: “12 Years a Slave.” A landing spot for academy members not voting for “Slave” for best picture or director.

And the winner is: “American Hustle” probably won’t win many Oscars, yet academy members will want to acknowledge it somewhere. This is the likeliest place, though it faces a tough challenge from “Her.” Still, it seems counterintuitive to believe that voters loved “Hustle” enough to reward it with the most nominations (along with “Gravity”) and then shut it out completely.

And the winner is: “Frozen.” Commercial juggernaut gives Disney its first win for animated feature.

And the winner is: “Gravity.” Cinephiles rejoice! Lubezki finally prevails … for the kind of computer-generated spectacle that angers purists in this category.

And the winner is: “Gatsby.” Flash and fabric always rule, and “Gatsby” edges out “Hustle” on those counts. It wouldn’t be shocking though if “Hustle,” a best picture nominee filled with polyester and plunging necklines, pulls off an upset.

And the winner is: “20 Feet From Stardom.” The acclaimed “Killing” could eke out a victory, but we lean toward the crowd-pleaser.

And the winner is: “Captain Phillips.” We originally leaned toward “Gravity,” but Rouse gave “Phillips” a gripping urgency and is the more obvious piece of work. Should voters go for “Gravity” in a big way, it will be part of the sweep here.

PHOTOS: 10 years behind the scenes at the Oscars | Past performances | Awkward moments

“The Broken Circle Breakdown,” “The Great Beauty,” “The Hunt,” “The Missing Picture,” “Omar”

And the winner is: “The Great Beauty.” Its Golden Globe win raised its profile; comparisons to Fellini hooked academy cinéastes.

And the winner is: “Dallas Buyers Club.” With a median age of 63, the academy is not quite ready to hear “And the Oscar goes to … ‘Jackass Presents: Bad Grandpa!’” Not to mention the fact that not enough voters saw it in the first place. Go with the best picture nominee.

And the winner is: “Let It Go.” Because there isn’t a singalong version of “Mandela,” is there?

And the winner is: “Gravity.” The score’s prominence — and excellence — gives Price an Oscar in his first try.

And the winner is: Martin won for “Moulin Rouge,” and voters are likely to go for her brand of razzle-dazzle again. “Gravity” is the dark horse, should it dominate the night.

And the winner is: “Gravity.” Bullock’s breathing, the NASA chatter, the good (and bad) vibrations. Brilliant work.

And the winner is: “Gravity.” For the way it uses silence, among many other reasons.

And the winner is: “Gravity.” Seamless work established a new standard for the medium.

And the winner is: “Get a Horse!” Inventive Disney short rides “Frozen’s” coattails.

And the winner is: “The Lady in Number 6.” Moving portrait of a 109-year-old pianist, who was the world’s oldest Holocaust survivor before her recent death.

“Aquel No Era Yo” (That Wasn’t Me); “Avant Que De Tout Perdre” (Just Before Losing Everything); “Helium”; “Pitääkö Mun Kaikki Hoitaa?” (Do I Have to Take Care of Everything?); “The Voorman Problem”

And the winner is: “Helium.” A number of academy members have told me how much they loved this sentimental story of a dying boy, so we’re going with that. Yes, “The Voorman Problem” is the only one without subtitles. And it has Martin Freeman. But it’s slight. And it just doesn’t seem to be moving the needle with voters.

Best picture race is an Oscar tale of suspense

Oscar-winning ideas on how the Academy Awards show can improve 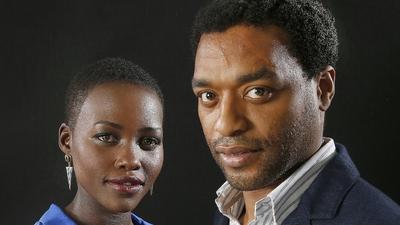 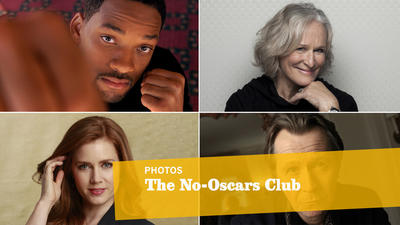