The two countries have long been at odds, but the comments come after Saudi Arabia kicked out Iran’s diplomats, saying the attack was the last straw.

It’s not uncommon for countries to boot officials when they’re at odds, but analysts say Saudi Arabia’s decision to sever diplomatic ties with Iran on the heels of its execution of a Shiite cleric could be an ominous sign that something much more serious is in the offing.

“The diplomatic rupture between Saudi Arabia and Iran could easily spiral out of control,” said Fawaz Gerges, chair of contemporary Middle Eastern studies at the London School of Economics.

Here are some key questions looming in light of the latest developments:

Could the diplomatic war of words boil over?

It had — even before Saudi Arabia announced its decision to cut ties with Iran, Gerges said.

“Their conflict is playing out on Arab streets big time,” he said.

Already the two nations were on opposite sides of conflicts in Syria, Iraq, Yemen, Bahrain and Lebanon. Now, he said, the question is how much worse things might get.

“The situation is extremely volatile between the two most powerful states in the Gulf, Sunni-dominated Saudi Arabia and Shiite-dominated Iran. You have a war of words. You have war by proxies … This really could get very ugly and dangerous in the next few weeks and next few months,” Gerges said.

“That’s the key issue,” he said. “This is spiraling very quickly.”

Why are there tensions between Iran and Saudi Arabia?

It’s nothing new that the two countries aren’t seeing eye to eye.

“Iran and Saudi Arabia are neither natural allies nor natural enemies, but natural rivals who have long competed as major oil producers and self-proclaimed defenders of Shia and Sunni Islam, respectively,” University of South Florida Professor Mohsen M. Milani wrote in an analysis for CNN in 2011.

Both Saudi Arabia and Iran are painting themselves as victims as tensions between them escalate, Gerges said.

“What you have is not only a clash of narratives, you have basically a huge divide, a war by proxy, a cold war taking place between Saudi Arabia and Iran,” he said. “It’s a war about geopolitics. It’s about power. It’s about influence.”

So why are things getting worse now?

The latest flashpoint emerged after Saudi Arabia executed dissident Shiite cleric Nimr al-Nimr and dozens of others over the weekend. 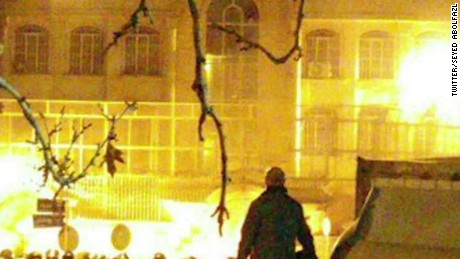 “It was almost inevitable that this (the severing of diplomatic relations) would follow, especially since the response from Iran, completely expectedly, was full of rage, and Iran’s supreme leader essentially summoned the wrath of God against Saudi Arabia,” said Bobby Ghosh, a CNN global affairs analyst and managing editor of Quartz.

But analysts say looking within Iran and Saudi Arabia gives a greater understanding of why both countries have an interest in fueling the rivalry.

“There are domestic reasons for both of these countries right now to refuse to pull punches against each other,” said Ian Bremmer, president of the Eurasia Group consulting firm.

Saudi Arabia, he said, is dealing with plummeting oil prices and an internal succession battle over who will next take the throne. 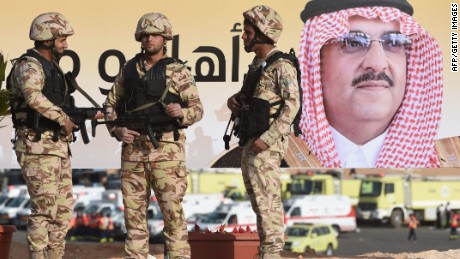 Iran, he said, needs a way to block reformists and Western advances in light of the recent nuclear deal. For both sides, he said, nationalist behavior can score points at home.

“That,” Bremmer said, “makes this an incredibly dangerous conflict.”

What can we expect to see in the coming days?

Don’t expect the heated rhetoric to die down any time soon, analysts said.

“This is Saudi Arabia saying, ‘The gloves are off,’ ” Ghosh said.

Gerges said that could ripple across the region.

“We were hoping that a diplomatic solution could be found to the Syrian crisis in the next few months. Forget about it,” he said.

“We were hoping for a diplomatic solution in Yemen. Forget about it. … Here, you have the two most powerful Islamic states in the heart of the Middle East now basically waging a direct confrontation, as opposed to an indirect war by proxy, so … we should be really alarmed at the escalation of the confrontation.”